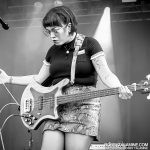 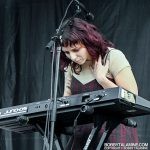 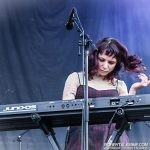 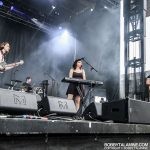 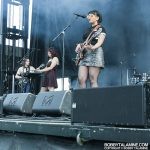 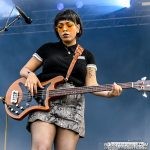 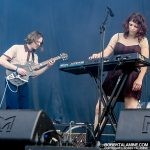 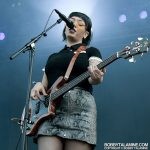 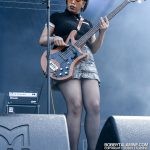 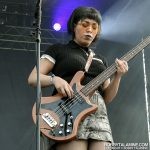 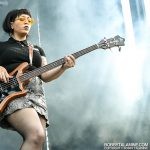 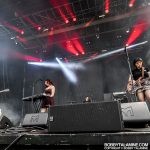 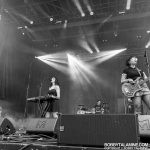 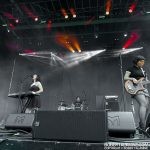 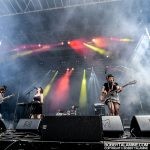 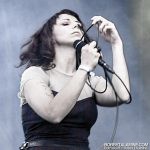 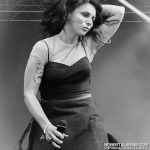 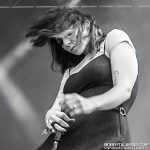 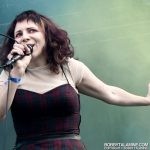 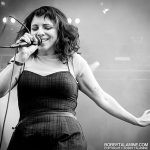 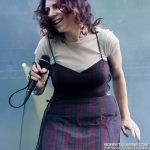 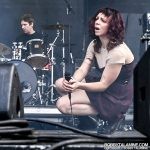 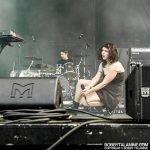 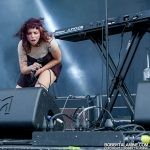 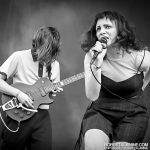 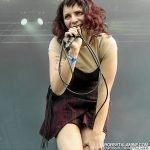 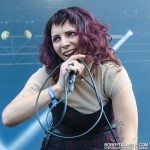 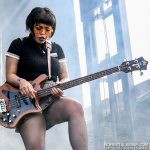 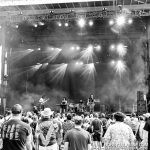 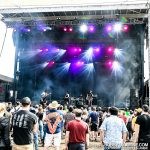 Ganser- consisting of Alicia Gaines, Nadia Garofalo, Brian Cundiff and Charlie Landsman, have the honor of opening day three from Riot Fest at the Radicals stage, and clearly left no doubt that they’re enjoying every minute of it, as short of a set as it was, and that they belong.
Ganser- a band with a post punk pedigree combined with noise rock thrown in for good measure, know how to work a stage, large or small, and command attention.
A very nice turn out to hear the band play on a Sunday afternoon at Riot Fest: Ganser’s starting time 12:25pm.
Finally for a photographer like me, decent lighting for this band, large stage, the sun not blazing and behind clouds.
All of this makes for a perfect opportunity to photograph these Chicago natives, and witness a show that will be remembered for years to come.
Ganser- a band that is most refreshing witnessing live, where everything is unpredictable.
A must see- the band Ganser.
Hope you guys like the pictures from Riot Fest.
Cheers- Bobby Talamine – Music Photographer